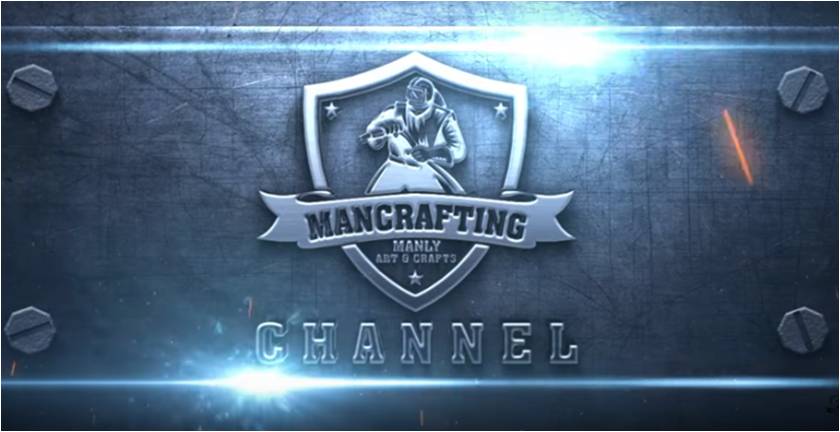 Two guys that have been friends for over 20 years who enjoy getting together and doing something completely different than what we do every day for a living. An escape from the routine to stretch our minds and be creative.

Andrew is an officer by day and a Master ManCrafter by night.  Coining the phrase ManCrafting as a joke because our wives were giving us grief for “Crafting” using a Cricut Explore to design our templates for Sandblasting.  “Were not crafting, We are ManCrafting” Chad is a “BugMan” by day and Master ManCrafter way into the wee hours of the morning.  Always recognizing an opportunity when it presents itself Chad quickly Trademarked the term ManCrafting, made a logo and started putting up videos on YouTube.

In September of 2015 Chad purchased his first YETI tumbler after losing 6 Tervis Tumblers in a horrific dishwasher incident.  After a little math, he quickly discovered or justified the purchase of an indestructible Stainless Tumbler.  Realizing that a $40 tumbler was likely to disappear he started to look for way to permanently customize his $40 YETI.  After some research, he decided on etching and to do that he needed a tool.  Chad loves tools.  So he went to Craigslist and began searching for a Blasting Cabinet.  Two days and $100 later, he pulled into the driveway with a used blasting cabinet.  Then he needed a way to create a mask to define the custom area and soon had purchased a Cricut Explore Air for another $200.  So now his $40 cup is looking a little more like a $340 cup and his wife is about to commit him to an insane asylum.  Fortunately she is the sweetest woman in the world and tolerates his whims.  Now it’s about the end of September and the first YETI is ManCrafted with the BugSpray.com logo and says CHAD in bold YETIesque lettering.  People go crazy.  Andy being one of them.  Never being one to miss an opportunity to do something cool and different he jumps on board.  We blast about 10 cups in a couple of weeks for friends and family.  We did a bunch for ourselves building confidence in our method.  Keep in mind we had no point of reference.  We were on our own.  Chad had another idea…  Put the How to Videos on YouTube.  Apparently we weren’t the only ones wanting to customize our expensive tumblers.  They videos started getting views.  Thousands of views.  So we kept upping the game.  By Christmas of 2015 we were into powdercoating.  Things snowballed from there.  Now here we are in the Summer of 2016 putting up a website and telling people we can’t take anymore orders so we can go to the beach for a week.  Does that stop people?  Not even a little.  The life of a ManCrafter™.